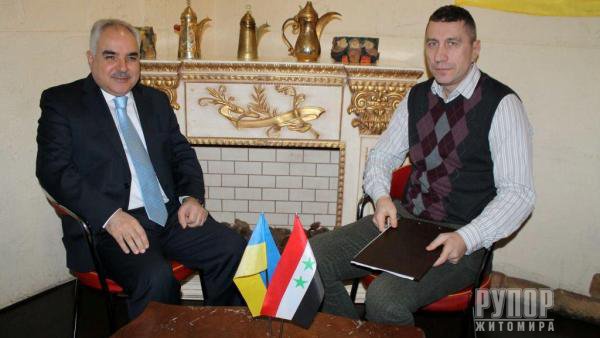 The group of journalists site "INZT.net" at the invitation of the Embassy of Syria in Ukraine met with the Charge d'Affaires of the Syrian Arab Republic to Ukraine Dr. Hassan HADDUROM, who agreed to answer some questions.

Sergei Forest: Hello, Mr. Ambassador! Syria is the cradle of civilization. Tell us a little about Syria.

Dr. Hassan Haddur: Welcome to the Embassy of the Syrian Arab Republic. Yes, Syria is the cradle of civilization, with ten thousand years of history. In Syria, there was the first alphabet in the world. From Syria came the Christian religion. In Syria, the apostle Paul preached to the Hanania Church, which is still in Damascus. I think you know that Damascus is the oldest capital city in the world.

SF .: Mr. Ambassador! November 26, 2016 in Kiev held a meeting of the Ukrainian-Syrian Society of Friendship "Friendship-Sadaqa." You were present at her. What are your impressions, and what do you see prospects for the development of this society?

Dr. HH .: Mr. President of the Society of Ukrainian-Syrian friendship has invited me along with the diplomatic mission in Ukraine. I believe that all nations play an important role in building friendly relations between the two countries. Society of Ukrainian-Syrian friendship was founded a few years ago and plays an important role in strengthening relations between the two countries.

SF .: The electronic media appeared unconfirmed information that Turkey intends to place a military base near the city of Aleppo. Whether to give permission to the Syrian side of the base publication and is not this interference in Syria's internal affairs?

Dr. HH .: I want you to know that Turkey has played a negative role, I can even say a destructive role in this war, because it is from the very beginning supported the terrorist groups that participated in the war against Syria . It allowed the terrorists from around the world pass through its borders into Syria. Even the thieves who serve Erdogan, stole a lot of factories with Syria and sent them to Turkey. You heard statements by Erdogan. Syria's position on these statements a clear: any intervention by Turkey in the affairs of Syria, Syria will be considered a hostile action, and will defend their rights at all levels.

SF .: Is the armed conflict in Syria controlled from the outside? If "yes", then who do you think it leads?

Dr. HH .: I think you have heard or know, that were initially peaceful demonstrations in Syria. No doubt there were some just demands by the protesters. The Syrian government has satisfied the demands of the demonstrators on all counts, they have put forward. Logically, when a group of people needs or asks for something and the government meets their demands, the protesters have to go back home, because they got their rights. But we have the opposite happened: after the satisfaction of their claims, the number of demonstrators increased, and their demands grew, they purchased an armed look. They began to use weapons against the security forces, we have received support from the outside and turned into an organized force against the government. Events moved on and passed through the Turkish border terrorists from 86 countries of the world.

I want to ask you a question: if peaceful demonstrations attended by the Syrians, why did the terrorists come from different countries?

SF .: So, any country was interested in destabilizing the situation in Syria?

Dr. HH: You really answered correctly! When we say that the tens of thousands, hundreds of thousands of terrorists have come to Syria, where they came from and how it crossed the border? We got the exact answer, and even Turkey itself  has declared that it is through its borders to penetrate the terrorists on the territory of Syria. So this government is interested in destabilizing the situation in Syria and her great interest in this conflict. Turkey is not alone and there are many other countries involved in this conflict, and they even have funded the conflict.

Dr. HH .: There is a direct intervention on the part of Saudi Arabia, Qatar, of course, along with Turkey, with the support of the United States, France and Britain.

Recently, the State of Qatar openly declared its support and financing of terrorists in Syria. It needs no political analysis. There are a few states that do not only finance the terrorists, but also provide them with political patronage of the UN and this organization refuses to accept any solution to these terrorists. It's funny that these states declare their support for the Syrian people terrorists. They even punish Syria for its solutions in different areas of life of the Syrian people.

Sorrows Syrian people not only because of terrorism, but because of the decision of the UN and other countries.

SF .: Mr. Ambassador, let's talk about the long-awaited peace in Syria. More than once the Syrian side announced its readiness for peace talks. On the part of the militants, in particular the "Levant body", have also been allegations of readiness for such talks. Whether such negotiations will bring results?

Dr. HH .: As I understand it, you want to know the Syrian position regarding the peace negotiations with the various opposing forces? From the beginning, the Syrian government has done everything possible for a truce and for the delivery of humanitarian assistance to those people who are surrounded by terrorists. But the terrorists did not accept the truce and continued to fight against the civilian population. International organizations have documented violations of the truce by terrorists.

SF .: From the media we know about the success of the Syrian army, in particular for the release of Aleppo. Mr. Ambassador, in connection with the intensification of military action, in your opinion, whether to increase the number of refugees in Europe?

Dr. HH .: Syrian government calls on all refugees to return home to Syria. It is doing everything possible to prevent people from leaving, and remained in Syria.

What makes a man who lives in his country, in his house, who has a job to leave their country? Where did he go? He goes to the refugee camps, where his suffering continues. These people leave Syria because of terrorism. That those States, who claim that they are helping the Syrian people, and are doing everything possible so that these people have left Syria.

SF .: Then, in your opinion, when will cease military operations, the refugees will return to Syria or part of them remain in Europe?

Dr. HH .: Already a lot comes back from Europe to Syria. Especially where the world came to the place where they lived. The government is also doing everything possible to ensure that they live normally.

There are many Syrians who have emigrated or are said to have escaped from their territory, where there is a terrorist war against them in other cities, where it is safe. And immediately freed their territory from the terrorists, they go back to where they used to live.

SF .: Mr. Ambassador! Militants in Syria were destroyed important historical and cultural monuments. It was completely destroyed Palmyra, plundered the temples. Although the people of Syria disasters, measures taken by the Government of Syria for the preservation of the cultural heritage of all mankind?

Dr. HH .: I must say that it is the terrorists who were supported from outside and set out to destroy the cultural heritage of mankind. I think you heard the terrorists brutally murdered Mr. museum director Harida al-Assad. They are not only tortured him and killed him, but also hung him upside down. Terrorists have hanged him only because he refused to tell where the hidden treasures of the cultural heritage of mankind.

Exactly these terrorists, and are considered "moderate opposition". They have destroyed the most magnificent monuments of culture and history of Palmyra. They intended to continue so to act, but the Syrian Arab army was able to repulse them. Palmyra was released and now these cultural monuments are restored and restored. And after the release of Palmyra there was given a very interesting concert on the stage of the ancient Roman theater. Many countries are trying to send an archaeological expedition to Palmyra.

I want to ask, is there any country in the world, which will be easy to look at the armed demonstration? These protesters, who are now in Syria and they are called "moderate opposition" have not only personal weapons, they have even missiles. Is it possible then to believe that it is a patriotic opposition?

SF .: Syria is also the cradle of Christianity. I, as a Christian this question very deeply concerned, as more than 60 churches have been destroyed during hostilities. What position does the official Damascus Christians destruction issue in Syria?

Dr. HH .: I have already said that in Syria there is terrorism and now the Syrian government is waging war against terrorism. Terrorists do not distinguish between a particular religion or a particular denomination. They have one purpose to destroy civilization.

I want you to give you an example, that once arrived in Syria, Foreign Minister of America and asked the Grand Mufti of Syria: "How many Christians in Syria?" Then Syria's population of 16 million. Mufti replied that we have 16 million Christians. Surprised Foreign Minister of America and asked, and how much the number of Muslims in Syria. And Mufti replied that 16 million because a Muslim can not be a Muslim if he does not believe in Christianity!

SF .: You have recently summoned to the Ministry of Foreign Affairs of Ukraine on the occasion of rigid statements Chairman of the Syrian National Council Khadiya Abbas on Ukraine. Comment it, please.

Dr. HH .: In all parliaments of the world to respond to any question in terms of their personal relationship to it. This position does not always correspond to the position of a government of any state. Therefore, an explanation for the incident were given. I explained that only the Syrian President and the Minister of Foreign Affairs of Syria responsible for the foreign policy of Syria. Everything else is just a personal position or that person.

SF .: The media reported on the use of chemical weapons by militants, in particular the use of chlorine and white phosphorus. As Syria has responded to this fact?

Dr. HH .: Yes, this is not the first time terrorists have used chemical weapons in Syria. Previously we used such weapons in Damascus province, and once used it in Aleppo. Syria then invited international organizations to verify this fact. Unfortunately, the United Nations constituted the Commission only four months after the incident. And when the last time the terrorists used chemical weapons - chlorine and white phosphorus, Syria again invited international observers to fix this fact. Unfortunately, some states refuse to recognize the use of chemical weapons by terrorists, because they support them and call them "moderate opposition".

These terrorists will use any weapon to destroy the Syrian civilization, the Syrian people and the Syrian government.

You must have seen in the media, these terrorists have killed people, cut off their heads, tore the hearts of men, and ate the hearts of the camera. And, despite this, some states continue to regard them as "moderate opposition" and turned a blind eye to these atrocities. It is an object of the Syrian government is the fight against terrorism until the last terrorist on Syrian soil.

SF .: Thank you very much, Mr. Ambassador, for taking the time for our interview. 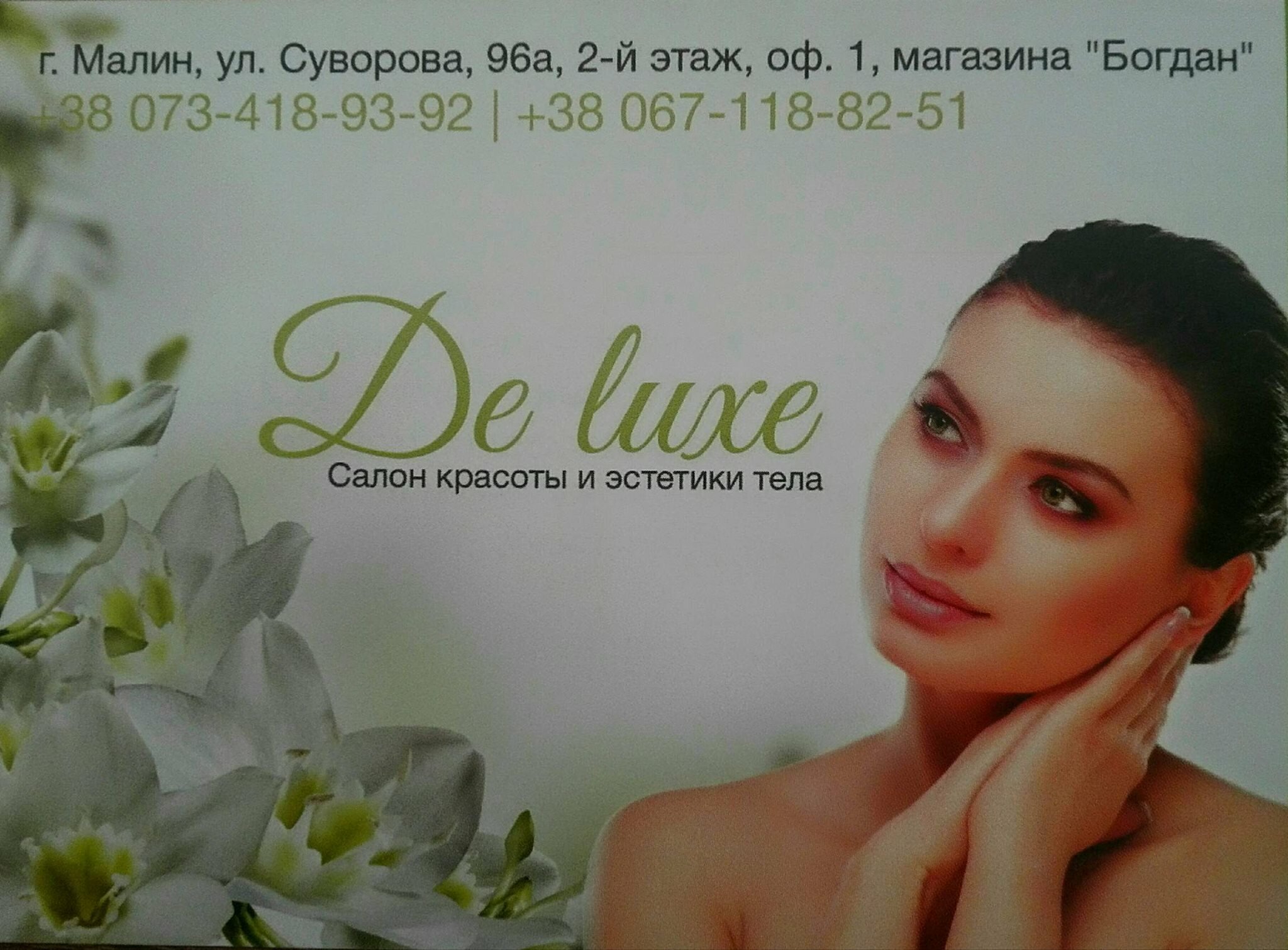